You are here > Things To Do > Exeter Medieval Trail 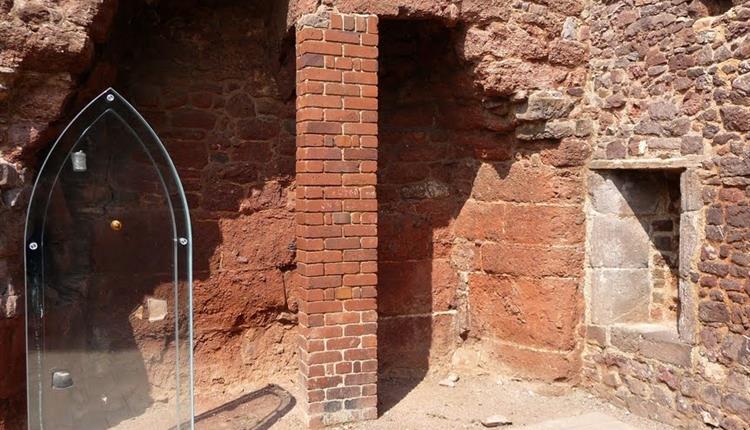 Discover Exeter's medieval past, find out about many of Exeter's surviving gems and the events that helped to shape this period of Exeter's past.

Medieval Exe Bridge The Middle Ages were a period of rapid growth for Exeter. It became the religious, commercial, and administrative centre for the region. Throughout the period following the Norman Conquest in 1066 until the reign of Henry Tudor in 1485 (Henry VII), a complex relationship between the Crown, Cathedral and City developed.

On this trail, guide yourself to 8 information panels. At each site find out about the buildings of medieval Exeter and key events that affected the people during this time. For children there are quizzes and puzzles to solve along the way so bring paper and a pencil with you.

This tour of Medieval Exeter starts in Castle Street. From here the route continues into Cathedral Yard where you will find out the jewel in Exeter's crown, Exeter Cathedral. Walking through Cathedral green and onto Southernhay, learn about Exeter's flourishing commerce and the various markets and fairs that took place in the City. At Wynard's Almshouse's, discover how the poor , elderly and infirm were looked after.

The street plan of the City's West Quarter remains much the same today as it did in medieval times at Smythen Street, find out how many of the City's streets got their names. At the Carfax, discover about the City's ingenious water supply. Continuing back to South Street discover about treachery and murder and why the Gates to the Cathedral Close were built. The trail concludes at St. Stephen's House where Exeter's importance as an ecclesiastic centre is explored.