You are here > What's On > Salcombe Live 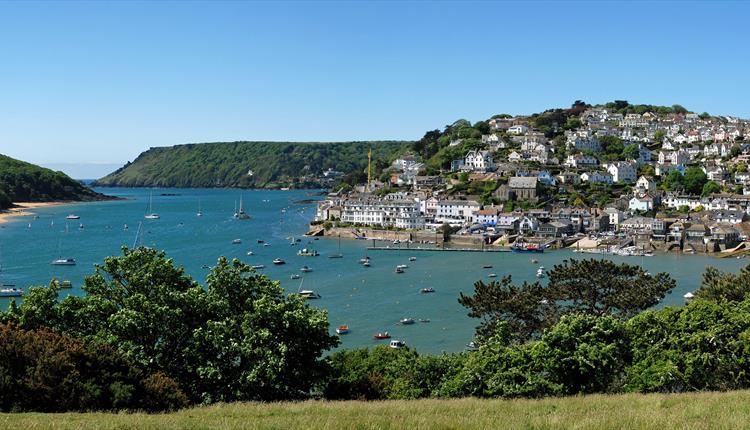 Details of the inaugural Salcombe ‘Live’ music and comedy festival have been released. Starting on Friday 11thOctober and running until Sunday 13th October 2019, this free weekend of live entertainment will bring together famous faces from the world of folk, Americana, jazz and blues music, alongside a smattering of stand-up comedy artists, and entertainers.

Set to be a huge draw for music fans with a love of Salcombe - South Devon’s chic tidal town, renowned for its celebrity residents, pretty beaches, boutique shops, pubs, restaurants and hotels - the festival is expected to be a big hit with couples looking for an upbeat autumn break with a difference.

Over 35 live performances will be held in venues across the town, including The Kings Arms, The Fortescue Inn, Salcombe Harbour Hotel, Island Street Bar & Grill, Sailor V, The Victoria Inn and Dick & Wills restaurant.

In addition, The Distillery Bar at Salcombe Gin will host a fantastic evening of comedy on Saturday 12th October featuring - fresh from his UK tour ‘Comedian and Choirboy’ - Lloyd Griffiths, presenter of Sky TVs ‘Soccer AM’ and a regular on TV shows including ‘8 out of 10 cats’.  He’ll be joined by Irish stand-up comedian Joanne McNally, a regular on ‘The Late, Late Show’, Kiwi comedian Jarred Christmas, known for his appearances on ‘Mock the Week’, ‘Russel Howard’s Good News’ and ‘Never Mind the Buzzcocks’, and compere for the night, stand-up comedian Luke Honoratty.

The festival concludes with an event-finale show at the Holy Trinity Church on Sunday 13th October featuring the extraordinary Irish folk singer, Cara Dillon. Described by Mojo magazine as having "Quite possibly the world's most beautiful female voice", Cara has been captivating audiences and achieving exceptional acclaim for over 20 years, and occupies an enviable position at the very top of her genre.  This is the only show at the festival that is ticketed.

Commenting on the launch of Salcombe Live, Andy Jones (Salcombe TIC Treasurer and member of the organising committee), said: “Entry to all shows over the weekend (other than ‘Cara Dillon’ at the church) is free of charge thanks to the fantastic support of our main sponsors – Salcombe Holiday Homes and Salcombe TIC – as well as other partners including Coast & Country Cottages, Ohjay Creative, Blue River Cottages and Kingsbridge and Salcombe Chamber of Commerce.”

Deb Ward, Manager of Salcombe TIC, commented: “Salcombe is such a beautiful coastal location, and the perfect setting for a fantastic new festival that brings an eclectic mix of exceptional artists from the world of music, comedy and entertainment together in our enchanting corner of South Hams.

“Salcombe has always been known for its beguiling beaches, superb food, drink and accommodation, and now we’re adding a fabulous festival filled with live music and entertainment to that heady mix.”

Deb added: “Salcombe is undoubtedly one of the most popular coastal destinations in the UK, but even here things are quieter in early October. Salcombe Live brings a whole new dimension to an early October break, offering three days of free, back-to-back entertainment. With comparatively low accommodation prices at this time of year, we’re expecting the festival to generate a huge amount of interest from visitors across the UK and beyond. The festival should bring a real buzz to the town and a great vibe for all those lucky enough to take a break outside the traditional school holidays.”

For full festival details, or to book tickets for the Cara Dillon finale show on Sunday 13th October, visit https://www.salcombe-live.co.uk