You are here > What's On > POP DIVAS Live! at Babbacombe Theatre 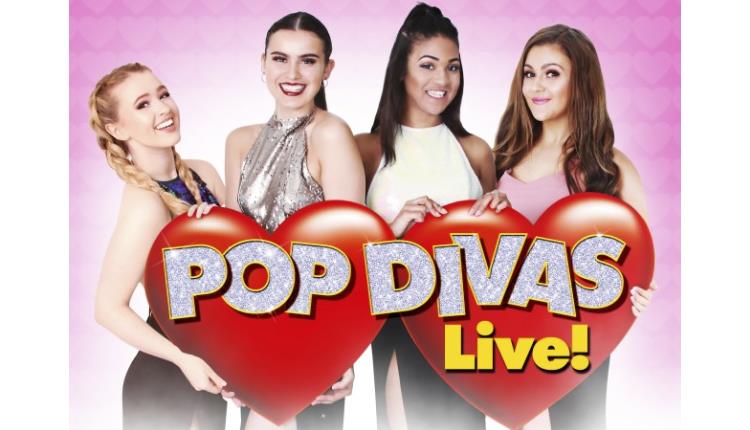 THE FAMILY FOCUSED POP PARTY OF THE YEAR COMES TO TORQUAY!

The highly acclaimed touring production Pop Divas Live! is coming to the Babbacombe Theatre on Friday 12th April at 6pm.

Pop Divas Live! takes the audience on a whirlwind tour of their favourite pop acts creating the perfect concert experience for little divas and their parents.

Little Mix will cast some Black Magic and Taylor Swift will Shake It Off as four enormously talented girls bring you up close and personal with the greatest female pop performers of today including Meghan Trainor, Ariana Grande, Beyoncé and Rihanna.

With a dazzling array of superb vocals, choreography and state of the art videos the show is a perfect night out for both little divas and big divas alike.

This new concept for a tribute show, was launched in 2017 by Creative Director, Katie Barker-Dale. Katie trained at Laine Theatre Arts and has been in the industry for 10 years as a professional dancer and choreographer working in theatre, TV and film. She has travelled the world working for brands such as Topshop and Benefit Cosmetics as well as appearing in films such as 'Legend' and TV commercials for brands such as Samsung and Honda.

The young cast are highly experienced across all genres of entertainment from stage to screen. Kali Dronsfield (Meghan Trainor and Ariana Grande in the show) appeared in Cameron Mackintosh’s West End production of Oliver! Lauren Russell (Beyoncé, Rhianna and Leigh Anne from Little Mix) has appeared in the hit TV shows, ‘Silent Witness’, ‘Hotel Babylon’ and ‘Family Affairs’. Boo Miller (Katy Perry and Jade from Little Mix), was last seen in a featured role in the Christmas 2017 TK Maxx Commercial.

The show has proven to be popular for all ages up and down the country but especially for young children and their parents. Creative Director Katie said, “It’s been amazing to see my vision come to life with the help of a fantastic team. I’ve always wanted to create a show like this, and the best part of the whole experience has been seeing the kids and their parents having fun, singing and dancing along together."

Tickets for Pop Divas Live! on the 12th April  are available from the Babbacombe Theatre’s Box Office on 01803 328385 or online at: www.babbacombe-theatre.com