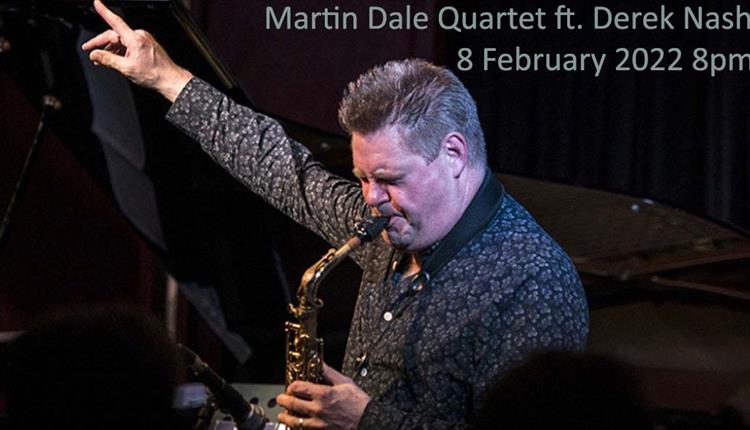 British Jazz Award-winning Derek Nash – bandleader, composer, arranger, record producer and engineer – is one of the UK's busiest jazz musicians. He is leader of six bands, each with its own unique sound and featuring some of the top jazz musicians in the UK today.
Derek has been a full-time member of the Jools Holland Rhythm & Blues Orchestra since 2004 and is also a member of the Ronnie Scott's Blues Explosion. With these bands, he has enjoyed sharing the stage with many great artists including Tom Jones, Eric Clapton, David Sanborn, Jack Bruce, Amy Winehouse, Michael Buble and Sir Paul McCartney. He is one of the most in-demand and respected guest instrumentalists for jazz clubs across the UK and has received numerous nominations in the British Jazz Awards. In the jazz-funk world he has performed with David Benoit, Brian Culbertson, Ernie Watts, Mezzoforte, Nelson Rangell and Don and Dave Grusin.

Martin Dale is probably the leading South West saxophonist and one of its busiest and most popular. He runs his own quartet and appears regularly as a guest soloist. He played tenor sax with the John Burch Octet and is also a member of the London based group "Sax Appeal" and "Jack Bruce Blues Experience".