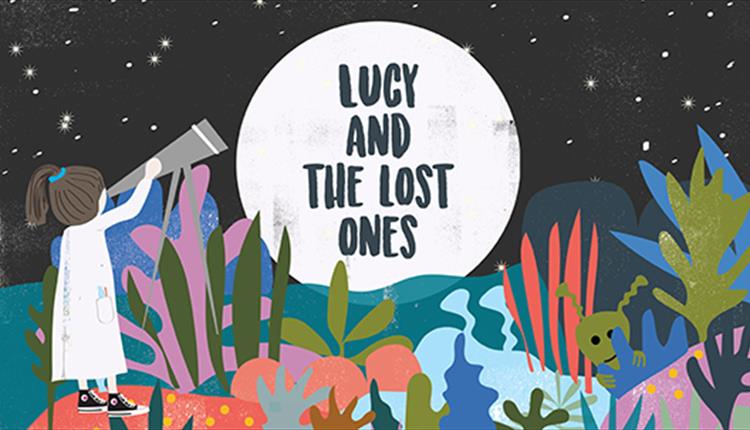 Exeter Phoenix - Lucy And The Lost Ones

This is Lucy calling outer space, Lucy to outer space. Is anyone receiving me?

Lucy has always wanted to be a scientist. The kind of scientist that looks at the stars and has loads of really cool gadgets. Lucy already has a telescope of her own. She even has her own observatory (garden shed), and last Christmas she asked for a radio receiver (and a signed poster of Brian cox).

Every night, Lucy comes out to look at the stars and listen to the universe. And not very much happens… until one starry night, she hears something.

Something from outer space.

Following the highly praised Ernie and the Sea of Ice, Quirk and Exeter Phoenix return with an extra special production to celebrate 15 years of family Christmas shows.

Get ready for a hilarious, touching and thought provoking rollercoaster ride through the space-time continuum, featuring anoriginal soundtrack, a wonderfully imaginative set and Quirk’s well-honed sense of the ridiculous.

Quirk Theatre are a South West based theatre company known for their inventive and innovative approach to live theatre. Previous performances have wowed audiences with their use of projection, shadow puppetry, multifunctional props and creative set design.  Essentially simple, but beautifully effective, Quirk Theatre deliver a magical experience for all.

Perfect for KS1 and KS2. Earlybird schools tickets at just £6 per person, plus buy 9 and get the 10th free!

To make a booking or inquiry, please call Box Office on 01392 667080 or email reservations@exeterphoenix.org.uk

*A note on transaction fees: A small £1.50 fee is added to each transaction. This covers the cost of getting your tickets booked, that’s everything from the booking software to card charges.