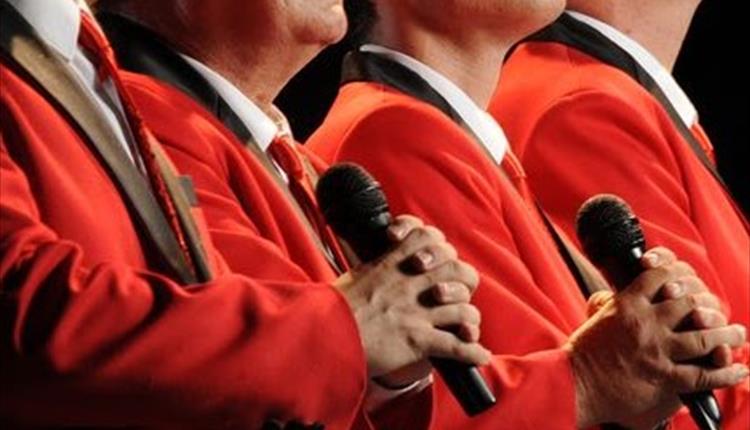 December '63 - O What a Night! (Formerly The Jersey Boys)

Formerly known as The New Jersey Boys, this show is back by overwhelming public demand and this hit show continues to play to sell-out audiences and standing ovations throughout the U.K.

This choreographed show, features the amazing falsetto voice of Einar Vestman and the humour of all round entertainer Gary Gould and guarantees an evening of fast moving entertainment with superb harmonies, stunning solo spots and light comedy.

As well as all the hits from the Four Seasons, the packed two-set programme includes tributes to other legendary performers such as Elton John, Freddie Mercury and Tina Turner.

The show is played against a backdrop of the Statue of Liberty; all-American Classic wheels and fabulous lighting effects and The New Jersey Boys recreate the soundtrack of your youth (well for many of us) and introduce those who had not had the pleasure of enjoying the iconic songs first time round, to such immortal tunes as Sherry, Big Girls Don't Cry, Walk Like A Man and many more.

Featuring, hit after hit; memory after memory, this is the music you danced to, cried to, lived by; the soundtrack of heartbreak and make-up; the tempo young music lovers make their own and still do even after all these years. The New Jersey Boys and their amazing show will bring it all back and remind you of just how good the good times really were.

Catch them if you can – you will not be disappointed