You are here > Home > What's On > Circus Berlin 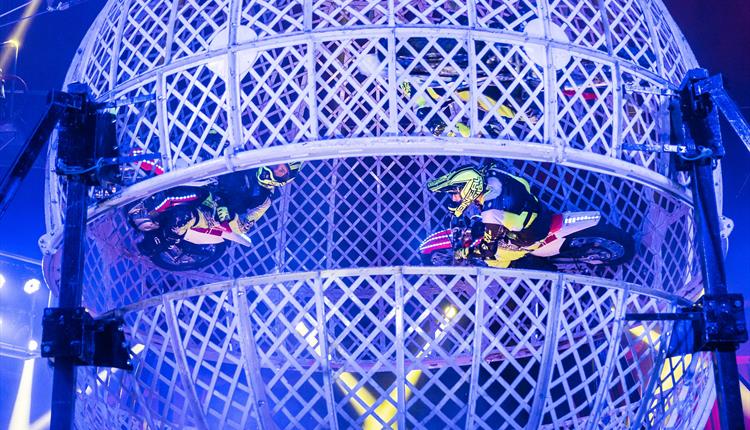 For a discount call the box office on 07494774008 or online with Ticketmaster and quote 'CLOWN' Must be booked at least 24 hours before show time.

From the producers of the some of the world's finest Circuses comes a brand new show specially created for a exclusive UK tour & it's visit to PAIGNTON (5th to 30th of August) followed by PLYMOUTH (2nd to 18th of September) - Continental Circus Berlin!

A one-of-a-kind performance, featuring the most talented performers from across the world in true Berlin Cabaret Style!

With jaw dropping acts, scintillating costumes, world class crossbow stunts & the funniest of Clowns you will be sitting on the edge of your seat when not falling off them with laughter.
Because of its diverse and cultural background the United Kingdom was specifically chosen as the location for The Continental Circus Berlin. Where better than to celebrate the vibrant, artistic and awe-inspiring nature of the circus.
Opening Period: Friday August 5th to Tuesday August 30th 2022