You are here > What's On > Broadway and Beyond 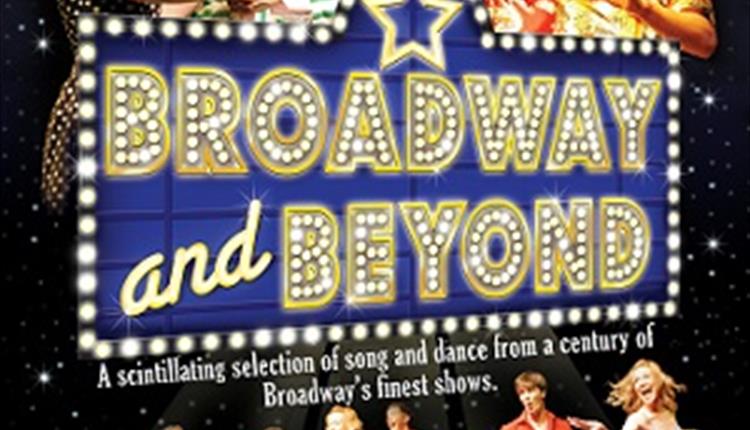 Now in its fifteenth successful year touring the UK, Broadway and Beyond is a thrilling and entertaining mix of musical wit from the most popular musicals of the twentieth and twenty-first centuries.

The show consists of music from shows that have all appeared, at one time or other, on or just off Broadway - New York's legendary theatre district. Featuring songs from classic productions such as Oklahoma!, Kiss Me Kate and The Music Man through to more modern musicals like Miss Saigon, The Producers and Spamalot, there is something to charm and delight the whole family.

Prepare to be captivated by the talents and versatility of the eight performers; comprising three all–singing, all-dancing actors, whose vitality and vocal dexterity will amaze, sharing the stage with five musicians displaying musical agility and expertise on more than a dozen instruments between them.

Broadway and Beyond will set your feet tapping, your heart singing and leave you wanting more…

A dazzling performance not to be missed!