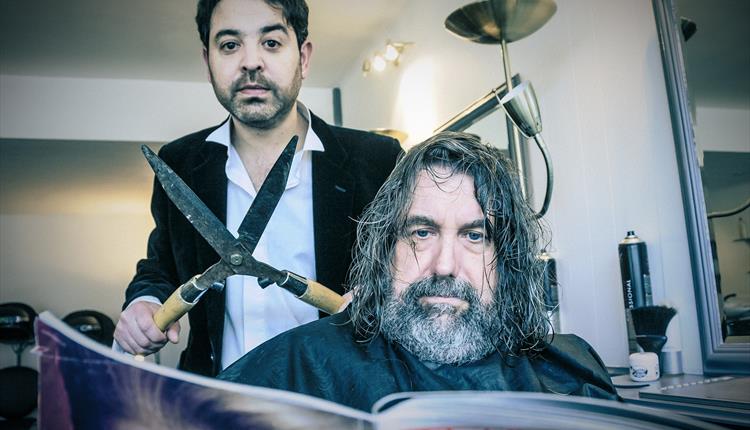 Belshazzar's Feast start with traditional folk music, add a touch of classical and jazz, throw in a bit of pop and music hall, and top it off wry humour for a unique live experience that has made them one of the most popular duos in English folk music. Now in their twenty-fourth year together, Paul Sartin and Paul Hutchinson of Belshazzar's Feast bring a wealth of talent to the stage.
Paul Sartin is a former member of the multi-BBC Radio 2 Award-winning big band Bellowhead and a current member of pioneering folk trio Faustus who formed the core band in The Transports, the revival and reworking of Peter Bellamy's ballad opera playing to full houses across the country (Guardian *****).
Paul Hutchinson is the founder member of the innovative and progressive folk band, The Playford Liberation Front and his highly successful folk trio Hoover the Dog morphed into the Pagoda Project, earning 5 star reviews for their debut album 'Clarion'.
Belshazzar's Feast received a coveted nomination for the Best Duo Award at the 2010 BBC Folk Awards and are regulars at folk festivals across the summer, with touring including their maiden voyage to Australia in 2018, The Seychelles in 2019 and their popular annual Christmas tour of seasonal songs and tunes. Recent broadcasts include appearances on the Claire Balding Show (BBC Radio 2), In Tune (BBC Radio 3), and the Chris Evans Show (BBC Radio 2). (Photo Credit Luke Pajak.co.uk)