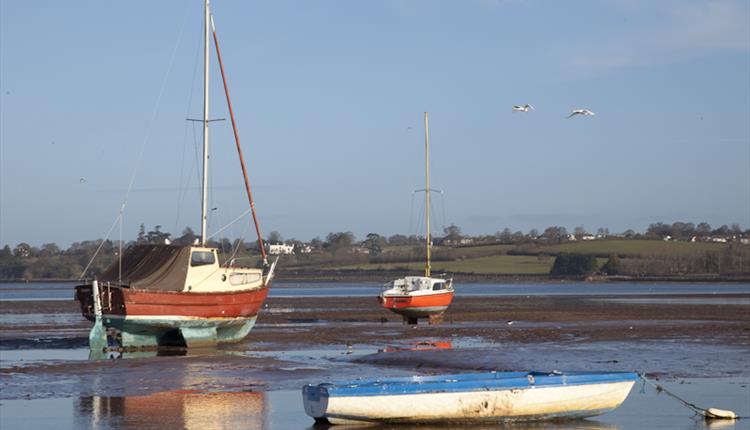 The Exe Valley Way is a long-distance route for walkers exploring some 45 miles of the valley. At its lower end the eight miles between Exeter and the coast follow the flat valley floor, partly alongside the historic Exeter Canal and partly alongside the estuary of the Exe.

This walk starts on the Quay at Exeter and ends at Starcross, on the western bank of the estuary. From here, bus or train can be taken back to Exeter. Starcross is on the South West Coast Path and in summer a ferry operates across the estuary to Exmouth.

Exeter is easily accessible by road, and Starcross is on the main coastal road south (A379) to Dawlish and Teignmouth.

Regular bus and train services operate between Starcross and Exeter. It is also possible to get bus or train from Exmouth to Exeter.
Exeter / Starcross, Exeter, Devon