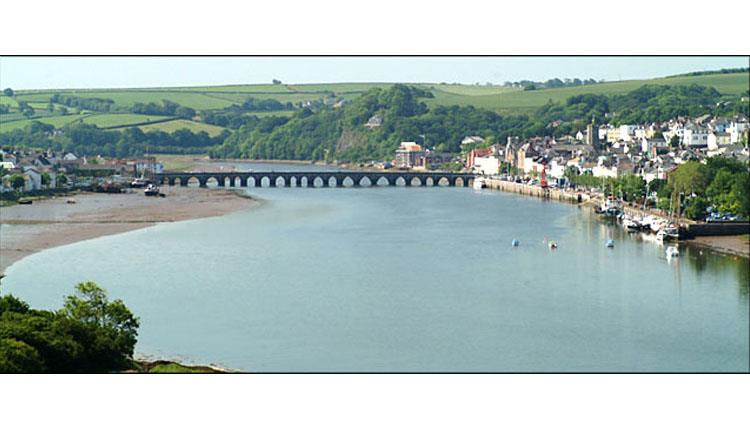 Bideford can be found on the banks of the River Torridge where the river widens into the estuary. The old road has a lovely bridge that crosses the river linking Bideford to other areas of Devon.
Bideford was once Britain’s third largest port, it is now a thriving shopping centre with a historic Pannier Market holding both produce and craft markets twice a week. Take some time to explore the narrow backstreets and alleyways linking the quay and the river, you’ll find many antique shops scattered around.

From Bideford there are regular boat trips to the nearby Lundy Island, as well as opportunities to take a pleasure cruise around the quay.

Bideford is a great base for exploring the surround towns and villages and is near to the charming villages of Appledore, Instow and Clovelly. The town is also close to the start of the Tarka Trail and Exmoor National Park is easily accessible from Bideford. You’ll also be able to easily access Cornwall.

Being in Bideford means you are well placed to explore some of North Devon’s best beaches, Croyde Beach, Instow Beach, Westward Ho! beach, Woolacombe Beach and Putsborough Sands are all nearby and offer amazing watersports, relaxing walks and beautiful views. Bideford also has a charming harbour.

Bideford was once the home of the author Charles Kingsley, who is famed for naming the nearby town of Westward Ho! He based his novel (named Westward Ho!) on the area of Bideford. The nearby town takes its name from the book’s title and is currently the only town in the UK to be named after a book rather than the other way round. In his writings, Kingsley described Bideford as a town full of white houses. While you won’t find many white houses, many of the are pastel coloured and the high street and residential areas are very pleasing to look at.